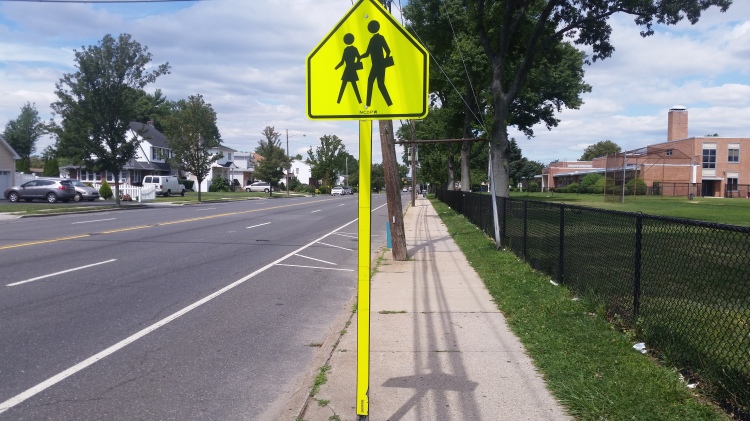 Nassau County Executive Edward Mangano has dismissed $2.4 million in speed camera tickets issued over the past month, amid outrage from Nassau residents who received thousands of tickets from cameras at six school locations.

Mangano said cameras at five locations malfunctioned, spitting out tickets on days when school was not in session. Cameras at a sixth location — in Elmont — went operational prematurely.

“I don’t have a high confidence level that the cameras were operating at statutory levels,” Mangano told Newsday on Friday. “So we are declaring amnesty with all tickets issued this summer.”

All fines that have already been paid will be refunded while unpaid tickets will be dismissed, he said. Ticketing will resume on the first day of school in an individual district.

In total, the county issued 30,108 valid citations at five school districts, totaling more than $2.4 million. Another 9,807 citations had been issued in error because of incorrect enforcement dates, totaling $784,560 in fines, said Mangano spokesman Brian Nevin.

They include 7,676 tickets from a fixed camera location where summer school ended before the program went live. Another 2,130 tickets were mistakenly issued from mobile units that incorrectly recorded nonenforceable hours or days of the week, Nevin said.

Nassau has contracted with Tempe, Ariz.-based American Traffic Solutions to operate its speed camera program. The company, which runs the county’s red-light camera program, will receive 38 percent of all fines and penalties collected by the county. Mangano said the county will continue to contract with the firm.

Doreen Delach, of Bethpage, received 11 tickets, totaling $880 — all arriving in her mailbox on the same day this month — for speeding in front of Plainedge Middle School, where the speed limit is 25 mph. Delach said she was unaware summer school was in session.

“How are we supposed to know school is in session?” asked Delach, 52. “There must be a better way to keep the public informed.”

Jacqueline Peiffer, 67, of Bethpage, who got four tickets totaling $320, at the Bethpage school called the summer rollout “entrapment. No one in the neighborhood had any idea about this.”

Eileen Fagan, 71, of South Hempstead, agreed. Fagan said she was unaware the cameras were operating when she received four tickets outside of Franklin Elementary School.

“It’s a bait and switch,” Fagan said. “They are really taking advantage of the public.”

The websites of the Plainedge and Hempstead Union Free schools districts do not mention summer school on their respective calendars.

In April, state lawmakers approved legislation allowing Nassau and Suffolk to install one speed camera in each of their school districts. Nassau will install cameras at 56 locations. Suffolk, which plans to roll out its program in mid-2015, will have 69 camera locations. Motorists that travel more than 10 mph over the posted speed limit receive an $80 ticket.

The county will begin the full-scale rollout of the program on the first day of school next month. Cameras will operate one hour before school and after, said Nassau traffic safety coordinator Chris Mistron. The cameras can also be active a half-hour before, during, and after other school events.

To date, 33 sites are being fitted with permanent camera units, Nevin said. The location of the remaining 23 sites are still under review, he said. The sites were selected based on speed tests and crash data near the schools, he said.

Officials could not say how many districts will have mobile units, which can be moved to schools throughout the district at the county’s discretion. The mobile units consist of an unmarked van with two cameras and a radar machine.

All 56 Nassau sites will have signs alerting motorists they are approaching a “School Speed Zone.” A second small white sign reads “Speed Limit Enforced By Photo/Video.”

Legis. Judy Jacobs (D-Woodbury) said the existing signage is nondescript and difficult for motorists to notice. She wants signs to be larger, in color and with flashing yellow lights to warn motorists they are approaching a school zone.

A traffic study found an average of 200 motorists each hour travel 25 mph or more in excess of school-zone speed limits, Mangano said.

The speed camera program is expected to generate $25 million or more annually for the county, Nevin said. Local villages will receive a share of the revenue for violations that occur on village-owned roads.

The remaining 23 locations will operate on the East End, where towns and villages provide police service. Those municipalities will get all speed camera revenue, she said.