On Saturday July 19th, thousands of community members and residents celebrated the 11th Annual “3 on 3 Basketball Tournament” at Dutch Broadway School in Elmont. The crowd-favorite event is sponsored by New York State Senators Jack Martins and Dean Skelos, who collaborate with Scott Cushing, organizer of the event. From beginning to end, a team of over 300 volunteers (90% of whom are local students from the Elmont and Sewhanaka High Schools) are at the table planning activities and are on the ground coordinating a day’s worth of games, contests, free giveaways and live entertainment for the entire community to enjoy. 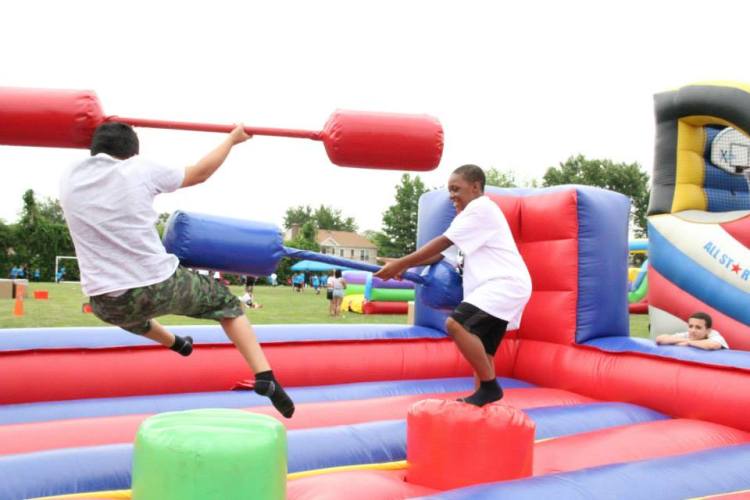 This year’s crowd attracted an estimated 8,000 participants by day’s end, perhaps even more and most of which were young adults. Though there was certainly something for everyone. The action-packed program included a Boys and Girls Sports tournament (Basketball, Lacrosse, Soccer, Football), 3 Point Shootout & Slam Dunk Contest, Kid Zone, Health and Wellness stations and for the first year a mobile music festival called “The Burbs Fest” which featured a Food Truck Village and renowned DJ “Hapa.” Check it out:

Without question, this event was truly for the community and by the community. Everyone showed up and showed out. Families, parents, teachers, students, alumni, police officers, firefighters, community members – you name it. Yet what right away jumps out is the overwhelming participation of young adults who coalesce to make this event a success – whether hard-working volunteers or curious and engaged spectators – the young people are galvanized and take ownership of the of the whole event. According to Cushing, the event planning committee chairs are primarily high school students who are mentored and each have responsibilities. They are the referees on the court, they’re handing out food and drinks, coaching, Deejaying, emceeing, capturing photos & video footage, and facilitating various events throughout the day. Amazing!

A special salute from all of us here at the Excelsior to the core team of volunteers, residents and elected officials who helped to make this day possible for the Elmont community. We wish you continued success and anticipate opportunities in the future for more sustainable civic engagement days like this the entire neighborhood can enjoy!

Hosted by Long Island native & Music Executive, Ian Holder, this lively event was sort of like a concert on wheels. The mobile stage was decked out and featured a live DJ and sitting drummer to accompany the booming music and adrenaline-pumping vibes. Holder’s vision of bringing a full-fledged music festival to the suburbs of Long Island is ambitious but nonetheless inspiring. The DJ was eclectic, the drummer indefatigable and the Food trucks were so necessary (We helped ourselves to some Belgian waffles topped w/ whipped cream & strawberries — Yum!) It was diverse, it was inclusive. Most importantly, it was for the kids and for the community. The young kids really enjoyed the show — many cheering on their friends, showing off their dance moves and giving their best impersonations of “The King of Pop, Michael Jackson’s  dance moves. If it’s first year was any indication of what is yet to come, Elmont can expect great and exciting things from the ‘Burbs Fest next year! For more info visit http://www.theburbsfest.com.

2 thoughts on “A Day of Their Own”